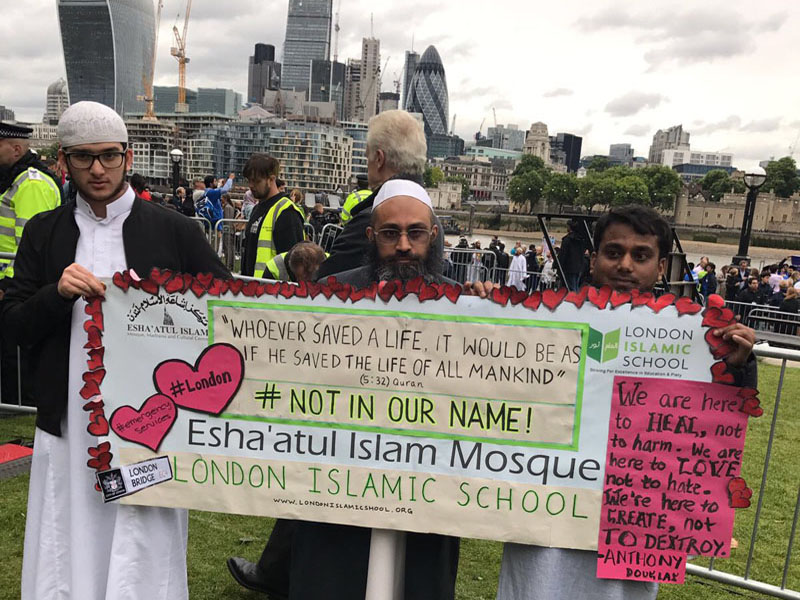 London Islamic School students and teachers joined thousands of people gathered for a vigil near London Bridge on Monday the 5th June 2017 in solidarity with the victims of the horrific London Bridge terror attack and to condemn any such attacks as it has no basis in Islam.

The Mayor of London Sadiq Khan led the vigil, which was held less than a mile from London Bridge and Borough Market – where the attack was carried out. People gathered in Potters Fields Park on the bank of the river Thames at 6pm, where large crowds observed a moment of silence for the victims. 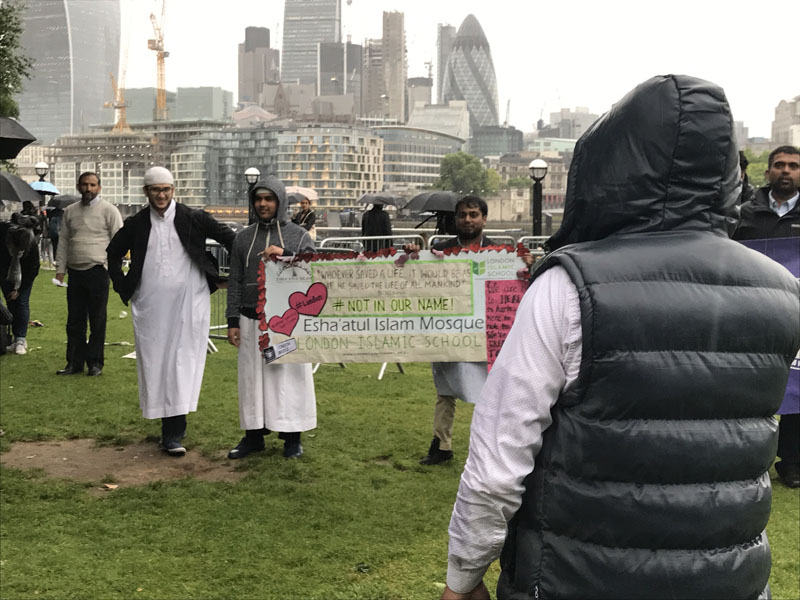 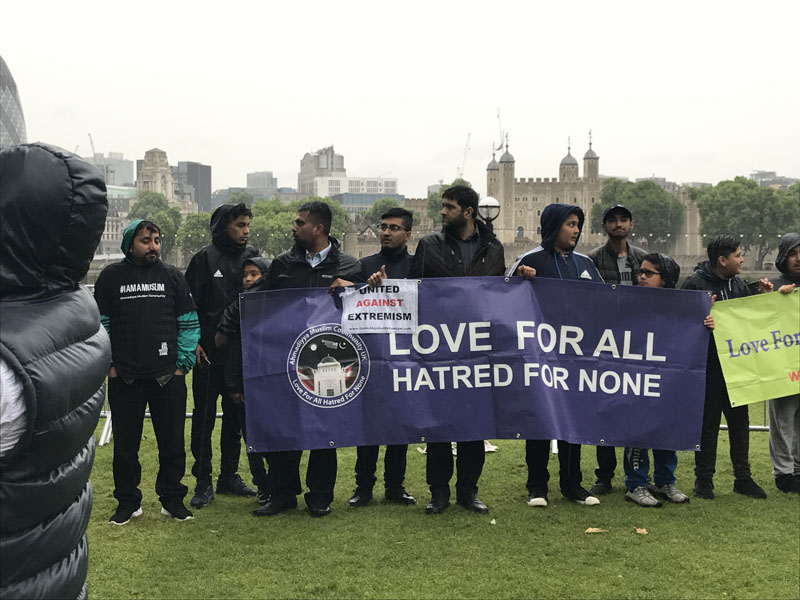 With the horrific attack taking place over the weekend on Saturday 3rd June 2017, the school took the opportunity on the first day back to school from half term as one that could not be missed in order to educate the students on the dangers of radicalisation, extremism and importance of community cohesion. The Headteacher Abdulhadi Mamon coordinated the development of a personalised banner made by students to show the support of the school and the Muslim community with the key message in the banner being ‘Whoever saved a life, it would be as if he saved the life of mankind #NOT IN OUR NAME!’ The students and Teachers engaged with representatives from the Met Police, City of London Police, British Transport Police, London Ambulance Service and London Fire Brigade, civic and faith and community leaders, as well as the general public and journalists in order to show their support for the victims and to commend the emergency services on their work. 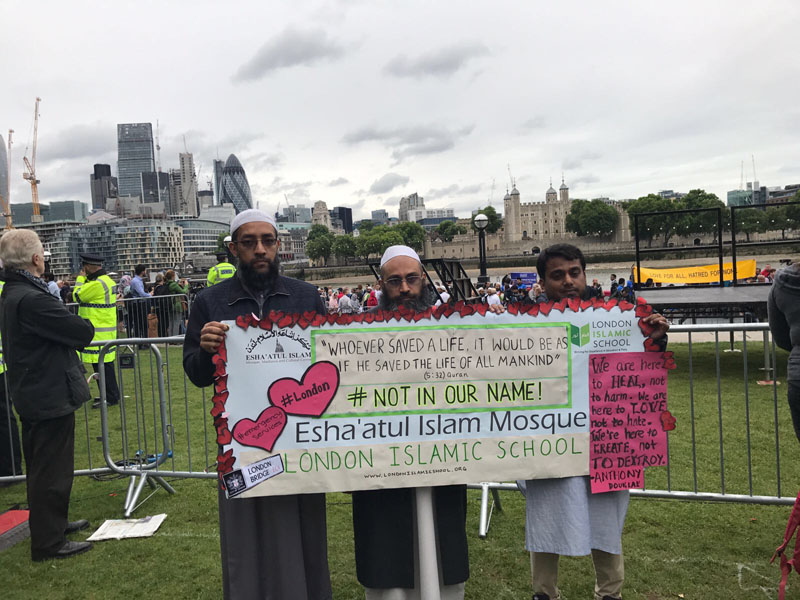 London Islamic School Headteacher, Abdulhadi Mamon said ‘At London Islamic School, our aim and vision is to provide our students with a broad and balanced education comprising of the  National Curriculum and Islamic Curriculum. We take every opportunity we can to enrich the curriculum and pastoral development of our students by working very closely with the Metropolitan police engagement team, prevent Education Officer, local faith organisations and various other partner organisations to educate our students on such issues, attending this vigil was yet another opportunity that we could not miss, even with at such short notice as we believe that being part of cohesive gatherings of this nature will have a deep impact on the spiritual, moral, social and cultural development of our pupils.