On Tuesday the 6th September 2016, selected Year 7 students from London Islamic School joined influential figures from the Football Association (FA), the Premier League, the English Football League, the Professional Footballers Association (PFA) and the League Managers Association (LMA) to show their support for an initiative called ‘Call Full Time on Hate’ which looks to use the collective force of football to encourage inclusion and deter hate from the game and wider society. The initiative was organised by Kick It Out,  the national football’s equality and inclusion organisation who work throughout the football, educational and community sectors to challenge discrimination, encourage inclusive practices and campaign for positive change, an organisation funded by The Football Association (FA), the Professional Footballers’ Association (PFA), the Premier League and The English Football League (EFL). 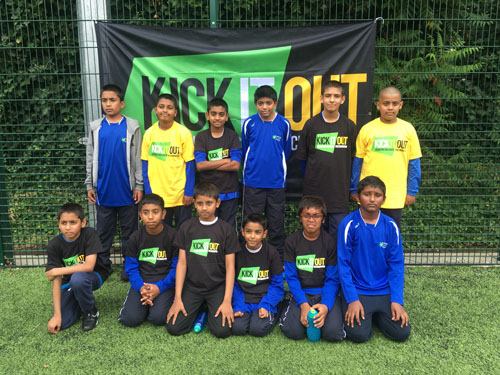 They were joined alongside the local community and grassroots organisations such as the London FA and Tower Hamlets Youth Sport Foundation who assisted in the launch of the initiative at the Stepney 3G facility situated in one of the most diverse areas in the country, Tower Hamlets. The event saw students from London Islamic School and Sir John Cass Redcoat Secondary School participate in an enjoyable and informative football session delivered by coaches from West Ham United and Leyton Orient FC.

The event opened with Lord Herman Ouesley who stressed the importance of football working together to support the ‘Call Full Time On Hate’ initiative and said ‘We need intensification from football to help create an inclusive environment, which brings people together to learn and play with each other. It is the only way how you start to bring down walls of prejudice and bigotry’.

Greg Clarke, Chairman of the FA spoke enthusiastically about the need to create an inclusive environment in football and said ‘This is my first engagement since taking over and I feel it is important to be here because I believe passionately that football is a force for social cohesion. We all want to  live in a society where we are respected and treated as equals, and football has a strong role to play in that becoming a reality’. 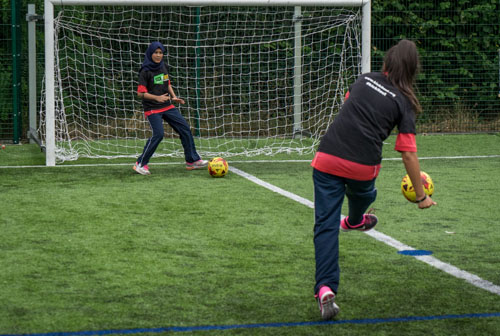 Gordan Taylor, Chief executive at the PFA reiterated his backing of the initiative and said ‘We have to believe that football can overcome barriers of prejudice. But as Herman and Greg mentioned before me, we have to keep reiterating that message that we must be positive in challenging hate.’

The event also saw a speech from Anwar Uddin who is of English and Bangladeshi origin born and brought up in Stepney, lead on the Fans for Diversity campaign an ex-professional footballer who played for the likes of West Ham, Bristol Rovers and Dagenham & Redbridge. He said ‘When I played professionally, I would say in the first 10 years of my career I didn’t come across any fellow Asians in the game. Players, coaches and referees were non-existent and it was very strange. In my opinion, things have changed for the better , but in saying that, if we don’t do something and act upon it together football will go backwards. That is why we need this initiative from Kick It Out’. 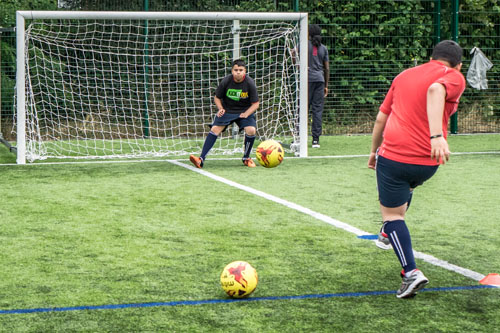 London Islamic School P.E Teacher Arif Abdurrahmaan said ‘We feel privileged to be part of such a massive initiative against hate especially as a faith school and thank the Tower Hamlets Youth Sport Foundation for inviting us, the students enjoyed the experience and inspirational speeches from the esteemed guests, we will continue the message to the students in working to build young people who understand and act upon all forms of equality.

The event also featured speeches from Andy Ambler, CEO of Millwall FC and Roison Wood, Director of Kick IT Out as the authorities of English football gave their backing to the anti-hate initiative.